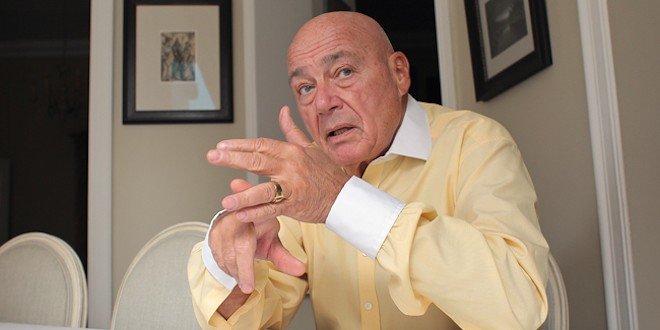 STEVE INSKEEP, HOST: Let’s hear a Russian view on Russia. It’s a point of view we don’t hear so much, though we’ve talked about Russia a lot during the presidential campaign. Republican candidate Donald Trump cannot stop praising President Vladimir Putin or saying that Putin praises him. U.S. intelligence agencies say Russia is interfering in the U.S. election. And, of course, Russia has repeatedly frustrated American efforts to make diplomatic progress in the war in Syria. It all looks different from Moscow, as we heard from Vladimir Pozner who’s with the Russian state broadcaster. What is Vladimir Putin’s goal in Syria now?

VLADIMIR POZNER: My feeling is that there are two goals really. One is to make it very clear to the United States and to the West in general that such issues cannot be resolved without the cooperation of Russia and to make it clear that Russia has interests in that part of the world to a no lesser extent, and, perhaps, to a greater extent than the United States because ISIS is right up there close to the Russian border. And as one man said, I wonder what America would do if ISIS were in Mexico.

INSKEEP: Although, an American talking about the Russian bombing campaign would say that ISIS has not necessarily been its target.

POZNER: The Russians say that the so-called opposition is as much a group of terrorists as ISIS itself that they cut off heads with as much frequency as the ISIS people do and that they’re being defended by the United States is really just hypocrisy.

INSKEEP: So when you talk with Russian officials, do they feel that they are achieving their goals in Syria right now?

POZNER: The feeling I have is that, yes, that they have accomplished their goal in driving home the two points that I mentioned earlier. What’s also happening, I think, is that there’s a real danger of a physical confrontation between Russian and American military personnel. It could be by accident. It could be accidentally on purpose because they’re right up there next to each other. And that is a terribly dangerous situation.

INSKEEP: Do you believe that President Putin wants Donald Trump to be president as Democrats would suggest?

POZNER: I certainly do not. I think — Mr. Putin whatever you have to say about him — is an intelligent man. He might want him to be president because — and I say this as a personal judgment, this is not something he said to me. I want to make this clear. But I think he feels he could handle Trump in a much easier way than he could ever handle Hillary Clinton.

INSKEEP: But you’re saying you don’t believe that he wants Trump to be president?

POZNER: No, I certainly don’t.

INSKEEP: Why not if it seems like Trump would be the easier target?

POZNER: Well, that could be the only reason, but, you know, there’s a huge danger with a man like Trump — unpredictable, will have his finger on the nuclear button. I really don’t think so. But there are a lot of few Russians — and this I can tell you — who would like to see Donald Trump be the U.S. president because of the more positive things that he said about Putin and about Russia.

INSKEEP: I want to ask now for an instinct, a gut feeling from you as a journalist. The United States in recent days has formally said what they’ve been suggesting for many weeks that Russia or Russian hackers linked in some way to the highest levels of the Russian government have been attempting to interfere in U.S. elections by being involved, for example, in the hack of emails from the Democratic National Committee. When you hear that as a Russian journalist who’s followed your government for many years, do you say, yeah, that sounds like something that could happen?

POZNER: Let me put it this way. Is it something that could happen? Sure, it could. Why not? I think it was Mr. Peskov who is Putin’s press person said, you know, the Kremlin side has been attacked by hackers from the United States many, many times but we don’t put the blame on the White House. Are Russian hackers involved? I wouldn’t be surprised if they are. Is this some kind of a Kremlin plot to do something — whatever it is — or to help Donald Trump win the election? I seriously doubt it. And, frankly, I don’t believe in the intelligence services of the United States or of Russia. It’s all part of a political game that’s going on right now. Usually what the intelligence services gather is never made public because Once you put it out there in the media, that means your using it for political purposes. And it’s no longer the kind of authentic information that one would trust.

INSKEEP: Vladimir Pozner hosts a program on Russia’s state-run channel 1. Thanks very much.

POZNER: Thank you very much.