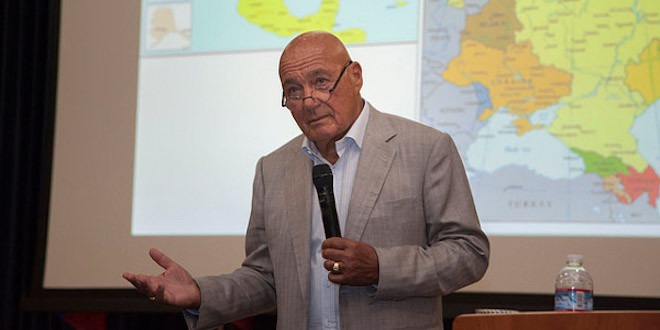 “You cannot force the Russians to do anything,” veteran Russian journalist and author Vladimir Pozner told a packed Irvine Auditorium audience of students, faculty, staff and community members during a public lecture on September 7. The comment was aimed at the discredited notion that the Soviet Union collapsed because the Reagan Administration forced it into an arms race, but also hit at the heart of Pozner’s argument: to engage effectively and constructively with Russia, you must first understand its history and character.

The host of the top-rated weekly current affairs program on Channel One, Russia’s largest television network, Pozner is a regular commentator on Russia and the history of the Cold War in Western media. Over the course of a six-decade career as a journalist, bestselling author, and documentary filmmaker, he has won multiple Soviet, Russian, and American awards, including three Emmys and 10 TEFY awards (the Russian equivalent of the Emmy).

“You feel that the United States is destined to be a great nation,” Pozner told the crowd, adding that “The Russians feel the exact same way. This is almost genetic — you can’t do anything about it. And this feeling that we are being dissed, that nobody cares about our interests, has gradually led to a build-up of resentment.”

Pozner noted the sea change that has occurred in Russian attitudes toward the U.S. over the past 25 years. “During the Cold War, the vast majority of Russians weren’t anti-American. Anti- the American government, yes, and American presidents and Wall Street. But not anti-American. To the contrary, Russians liked Americans, and wanted to dress like Americans—blue jeans, baseball caps. And that has now changed.”

Today, the U.S. is viewed as “the 800-pound gorilla who throws his weight around and wants to impose his views on other countries. It’s a radical change.” Pozner points a finger at the media in both countries, maintaining they are each guilty of promoting a negative image of the other country. “It’s all negative. We are all victims of the media. The journalists are no longer journalists. They’re all propagandists. They’re all doing what it’s going to take to get on the front page.”

According to Pozner, much of the change in official Russian attitudes toward the U.S. can be traced to the decision in the early 1990s to invite many of the former Warsaw Pact nations on Russia’s borders to join NATO, while refusing to consider Russia itself for membership in the alliance. He quoted George Kennan, architect of the American “containment” strategy that spawned NATO, as calling this decision “a tragic mistake” that could trigger a new Cold War.

On the matter of Ukraine and the Crimea, Pozner believes that “Rightly or wrongly, the Russian government sees the possibility of Ukraine joining NATO and the loss of Crimea to a foreign military power as an existential threat” of the same magnitude as the threat the U.S. perceived when the Soviet Union attempted to install nuclear missiles in Cuba in 1962. “Russia will not allow yet more of NATO on its border,” he asserts.

Pozner visited the Middlebury Institute as a guest of the Institute’s Graduate Initiative in Russian Studies. During his visit he gave two lectures to students in Russian, in addition to Wednesday’s public event in English. The initiative is led by Professor Anna Vassilieva and receives generous support from the Carnegie Corporation of New York. The Monterey County Herald ran a feature article on Pozner’s talk, which was attended by Herald publisher Gary Omernick. 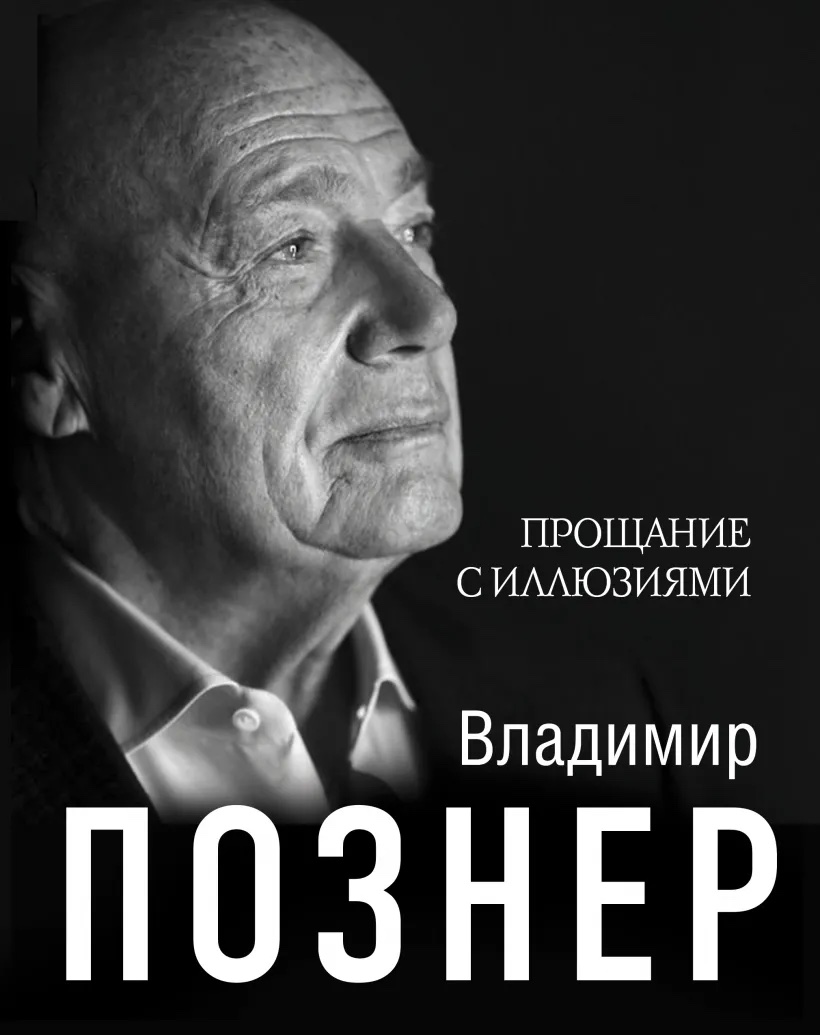