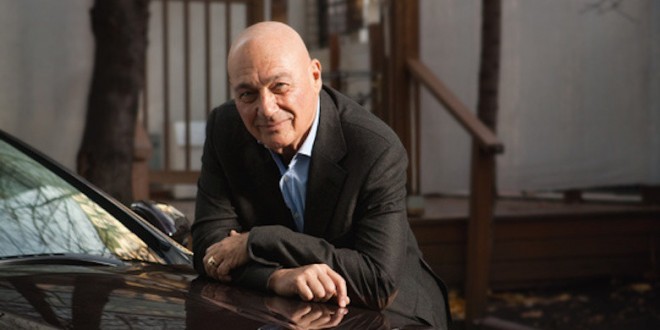 Vladimir Pozner Says U.S. and Russia May Be Headed For Second Cold War

Recent tensions between Russia and the United States have caused many experts to speculate on the possibility of a second Cold War era. When asked whether the two countries were in any danger of returning to the former standoff, renowned journalist and foreign policy expert Vladimir Pozner responded, «I think we are.»

Pozner, who appeared live from Moscow on The Costa Report, says Russia sees NATO as a dangerous threat – and NATO views Russia similarly. Central to the current divide is the 1990 agreement struck between Secretary of State James Baker and Gorbachev, which stated that NATO would not move eastward once a unified Germany joined NATO. But this agreement was struck with the Soviet Union. Once the Soviet Union fell, NATO claimed it was no longer bound to honor the agreement and began moving troops and weapons eastward toward Russia. Pozner compared Russia’s response to the U.S. reaction to Russian missiles in Cuba.

Adding fuel to the fire is the growing anti-American sentiment in Russia – something the U.S. media has been dangerously under-reporting. During the Cold War, Pozner says «the average Russian was not anti-American.» While Russian citizens may have disliked the U.S. President or policies, they made a distinction between the leadership of the U.S. and Americans in general. But recently this has changed. Pozner points to an «extremely disturbing» trend, wherein modern Russians see Americans as «brash, brutal…wanting to impose their system on everybody.» Though Putin continues to be «demonized in the Western media,» Pozner reports that 86% of the Russian population – a population who does not normally support authoritarian leaders like Putin – agrees with his stance on the Ukraine, Crimea, and with the U.S.

When asked if there was anything the U.S. or NATO could do to begin de-escalating the tension, Pozner suggested a public statement from NATO. He believes an acknowledgement that they would refrain from admitting the Ukraine to NATO for 100 years would go a long way to put Russia at ease.