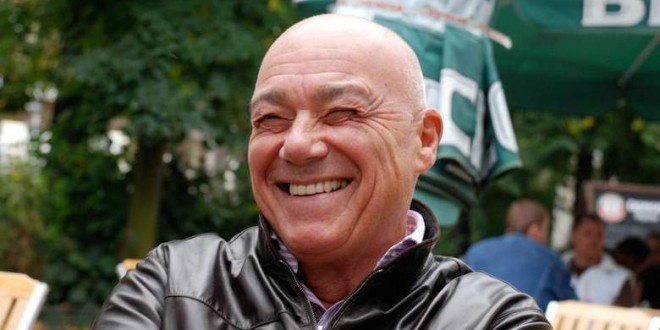 Vladimir Pozner on loyalty and betrayal in wartime

Russian political elite was split in terms of attitude toward what’s happening in Ukraine. While some opposition leaders are favorably inclined to the official Kiev, Russian parliament members urge to initiate criminal proceedings against the members of «the Fifth Column». So can one criticize his country’s authorities, when it de facto is in a state of war? Journalist Andrei Smirnov («Profil» magazine) addressed this question to well-known TV anchor Vladimir Pozner.

— One of your fellow TV anchors once said that right now our country expects from journalists love rather than objectivity. Do you agree with this?

— No, I disagree. Obviously, my colleague believes that objectivity and love are incompatible. In my opinion, this is a misconception. I believe that objectivity towards one’s country (and not only the country) is the very expression of devotion to it.

— During the first Chechen war, perhaps the majority of Russian journalists, including many of those working in state-owned media, severely criticized the actions of the authorities and the military. Why we can’t even imagine something like that right now?

— Because during the first Chechen war, Russia enjoyed a real freedom of the media, which was supported and encouraged by the Russian authorities (including former Russian President Boris Yeltsin). Nowadays, everything is completely different in terms of freedom of the media.

— Russian parliament members urge to initiate criminal proceedings for extremism against those Russian politicians who openly side with the current Ukrainian authorities. In your view, does the Russian opposition possess the right to disagree with the official interpretation of the events in Ukraine?

— Such statement of a question by those parliament members seems fairly strange. Every man, not only a politician or a journalist, has the right to disagree with the official interpretation of certain events – situation in Ukraine is no exception. This is called dissidence. It could and can result in a trial only in totalitarian and authoritarian countries such as the Soviet Union or Nazi Germany, China or North Korea, Iran, and the like.

— The debate about what is more important – patriotism or political stance – has a long history. It takes us only to recall that in the early XX century, the Bolsheviks called for Russia’s defeat in the World War II. Don’t you think that the current situation is very similar to the one existing back then?

— I disagree that the dispute about what’s more important – patriotism or political stance – has a long history. I disagree, since there actually is no such a dispute; disagree, since it’s necessary to determine what patriotism is in each individual case, how it is expressed. When Mikhail Lermontov wrote, «Farewell, unwashed Russia, the land of slaves, the land of lords, and you, blue uniforms of gendarmes, and you, obedient to them folks», was it patriotic? Or was Lermontov a national traitor? No, I don’t think that the current situation is similar to the one existing at the beginning of the last century.

— Theoretically, can the press and the opposition criticize the government of their own country when this country is in a state of war – de facto or de jure?

— When thousands of Americans opposed the Vietnamese War, when tens of thousands French opposed the Algerian war, when in Nazi Germany people risked their lives to oppose Hitler and the war he and his party had unleashed — was it a betrayal of national interests? When The New York Times published the so-called «Pentagon papers» evidencing that President Lyndon Johnson had lied to his own people (and to the whole world) about the attack of North Vietnamese torpedo boats on the US vessels in the Gulf of Tonkin– was it a betrayal of national interests? I think not. People expressing their opinions and journalists doing their work can’t be called traitors. On the contrary, it was, in my opinion, a vivid expression of patriotism and love towards their countries.

— When addressing the Federal Assembly, Vladimir Putin raised a rhetorical question on whether the Western sanctions against Russia are meant in particular to encourage to action «the Fifth Column and national traitors». How would you respond to this question? Are there any national traitors? And if there are, what should we do with them?

— If you replace «a national traitor» with «an enemy of the people», then we’ll get back to 1937 — 1938. No, I don’t think that there are any national traitors in Russia, as well as the Fifth Column. There are people who oppose Putin’s policies, either openly or silently. This isn’t a betrayal.