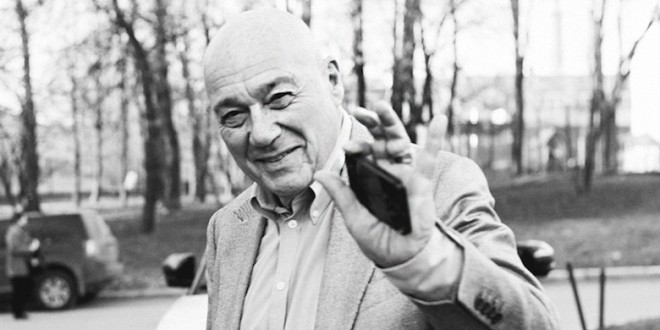 What is the Reason for Russian Journalism Crisis?

I’ve said before and I’ll say it again, we don’t have journalism at large – only some individual journalists. And what is journalism, after all?

Journalism is a profession that adds up to providing a reader, listener, or viewer with the most objective information. It isn’t about providing those people with a journalist’s personal «point of view», but about striving towards completeness, objectiveness, and truthfulness of information reported. This is the first.

Secondly, it’s all about being kind of a watchdog that barks at authorities, biting their heels as if saying, «Look, there is something wrong». A journalist can’t solve those issues, but is able to draw government’ and society’s attention. Contemporary journalism isn’t about that. It’s rather propaganda, not journalism – when a person calls himself a journalist, but actually writes or airs the very viewpoint that he’s expected to. That is, the viewpoint of authorities.

Nowadays, it’s a common phenomenon in our country. I’d like to repeat that there are individuals who can be truly called journalists, but there are very few of them. So we basically lack the Fourth Estate. There can’t be any Fourth Estate, if the Third and the Second are missing, while there is only the First Estate. This is, in general, quite a strange situation.

As for today, I see no way out of this crisis. And what’s more, I always advise the youth to avoid becoming journalists. Nowadays, the climate is rather uncongenial.

As you may see, I say what I say, but first of all, I’m not a young man any more, as you know, and they can’t hurt me, on the whole. They can fire me, or rather stop airing my show, but I won’t find myself standing on porch with hat in hand. In addition, I believe that I possess the freedom of speech and speak all the things I speak with due responsibility.

We are in a disadvantageous situation in this sense. Well, it will take time. But I want to say, just in case, that it all started a long time ago. It began in 1995.

You may remember that there were presidential elections in 1996. Boris Yeltsin was running for the second term and his rating was as low as 5%, while Gennady Zyuganov had a rating of 30%. And it was quite clear that the next president would be Gennady Zyuganov. But then some TV-moguls gathered in Davos, Switzerland, and said, «No, he won’t – we must do our best to raise Yeltsin’s rating». And they did. One political opponent got a rating boost, while the other’s rating had fallen dramatically, because he wasn’t allowed on the air and everyone on TV talked about him rather negatively.

And I’d like to ask the question. Who exactly were involved in this? Journalists! At that point, they ceased to be journalists. Many people say, «Yeah, well, but we didn’t want the Communists to return». I understand that. But, nevertheless, one can’t be «a little pregnant». Journalists rolled over for authorities, and from that very moment on they were giving in more and more.

As for today, generally speaking, journalists that haven’t rolled over for authorities yet, well … they can be easily counted, so to speak.

* From Vladimir Pozner’s speech at the Moscow International Book Fair