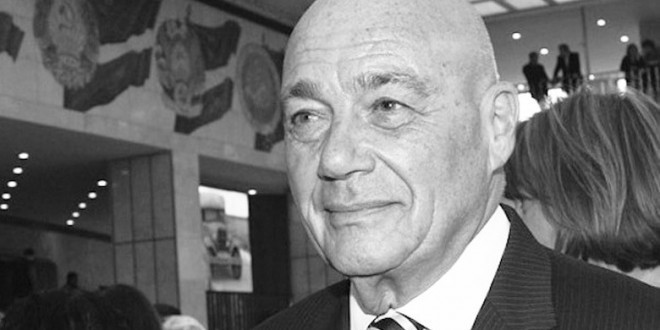 On the Crimea and Russia reunion and more

In fact, the reunification (or annexation – depending on political preferences) of the Crimea with (or by) Russia is somewhat a result of more than 20 years of relations between Russia and the USA. I exclude Europe, since it’s merely a geographical entity rather than a political one. There was a time when it dreamed of a unified Constitution, of the United States of Europe being able to compete with the USA and China, but those dreams didn’t come true.

When the USSR passed into oblivion, it was clear (though not formally recognized) that Russia lost the Cold War and America won. And the latter expected that (a) the defeated party would behave exactly as a defeated party should; (b) that it would soon adhere to the Western rules of the game, while becoming more receptive to the Western mentality; and (c) would slowly grow, but would never reach its former might. These expectations did not come true. Russia appeared unreceptive both to the Western values and to the Western mentality. Not because it remained (and still remains) a prisoner of its Soviet past, but for a much more serious reason – the country’s origins lie in the Eastern, Byzantine Christianity, unlike the West originating back to Rome and to Western Christianity. There is a chasm between these two mentalities and values – most likely an insuperable on. It’s the first reason.

The second is that Russia started getting up off its knees much faster than expected, significantly aided by unexpectedly high oil prices, inter alia. Well, and thirdly, it quickly became clear that Russia is not going to behave like a defeated country. The first clear sign of this was the conflict over NATO’s decision to drop bombs on Yugoslavia. Russia has loudly and persistently objected to that decision. And we should bear in mind here that neither the Security Council of the UN, nor the EU gave its consent to these bombings. But the USA decided to act – and the USA acted as if saying to Russia, «We’ll deal with that without you» (and I should note parenthetically that the violent separation of Kosovo from Serbia, recognized by the West, has opened a Pandora’s Box – no matter whoever and whatever says on that topic). If we take this event as a starting point and follow on, we’ll see a whole bunch of disagreements between the USA and Russia, and the USA have always acted from a position of strength (the approach of NATO to Russia’s borders, despite the promise made by former US Secretary of State James Baker to Gorbachev back in 1989, is the most striking example). Both parties grew irritated: the first because the other did not behave «in due order», and the second because the first did not look up to its opinion, while clearly slighting it, referring to it as to a second-rate country (I strongly advise familiarizing with Putin’s speech made in Munich on 10 February, 2007).

All this time, the USA strived towards — and not always in vain — squeezing Russia out of the regions, which the USA had traditionally included into its sphere of influence. Those are specifically the following: the Caucasus and Central Asia, the Middle East and Eastern Europe. Russia had no answer to it (in other words – force), although an extremely skillful exploitation of American mistakes allowed it to dramatically boost its ratings in the Arab world (Syria) and other regions (Iran). But there was absolutely no way that Russia would tolerate the fact that the USA are going to overtake its place in the «brotherly Slavic country», Ukraine. And it was not just because of the fears that such a Ukraine will become a member of NATO and that the NATO’s troops will occur at the southwestern borders of Russia. It was (and still is) a matter of deep psychological belief that Ukraine is «our» and the Ukrainians are «our people» (just imagine for a moment a scenario when there is a revolution in Mexico and political power is seized by a leader like Chavez, willing to invite Russia to place some troops along the Mexican-US border. Have you imagined that? Are the consequences clear?).

Meanwhile, the processes taking place in Ukraine were increasingly destabilizing the country. It all started when Kravchuk was its president and continued during Kuchma’s ruling. When Yushchenko came to power, not only the country didn’t get a salvation, but plunged even further into chaos. The next presidential election brought Yushchenko only 5% of the electorate’s votes — and that’s it. It’s clear that the election of Yanukovych — in my opinion, he’s a petty thief worthy of a prison cell instead of presidency – can be considered a result of a protest vote. During his presidency, the country’s statehood actually approached zero, while corruption had reached such a level that in comparison with it Russian corruption seem like a child’s play. Public discontent grew stronger, but…

Russian leaders interpreted this as another evidence in favor of the fact that during the last twenty years the West (read: the USA) has been pushing through its solutions with absolutely no intention to take into account Russia’s interests in deed and not in name – and in this case, we are talking about the region, which for centuries was part of the so-called «Russian world». Only a very narrow-minded — not to say more — person could doubt that there will be an answer. And the answer followed. I do not exclude the possibility that this was a part of their plan as well, that they strives towards a new and a serious escalation, which could be taken as an advantage and to some extent used for getting back to the psychological state of the Cold War. I am not saying that it is exactly how it is, but I do not exclude it – Putin stared playing a very prominent role being recognized as «the Most Influential Politician of the Year», «Man of the Year», etc.

What about the Crimea? Do I need to remind that, strictly speaking, the Crimea has never been part of Ukraine? When Khrushchev decided to pass the Crimea from the RSFSR to the Ukrainian SSR, only 13 participants of the Presidium of the Supreme Soviet voted in favor of that. The Presidium consisted of 27 people, so there was no quorum (the other 14 were just not present). However, this is not a matter of legal pettifoggery. And this is not a matter of Kosovo precedent (although, there certainly is a precedent — see above). The matter is in understanding that any negotiations with the West are meaningless, that the West will deceive in any case, that it is time to make it clear for them that Russia’s national interests cannot be treated in this way. And it was perfectly clear that the Crimea (not to mention Sevastopol) historically and ethically belonged to Russia, that most of the locals in the Crimea are oriented towards Russia. And the decision was made.

We can discuss further about «pros» and «cons». But I insist that such discussions should be based on knowledge and sober understanding of the past and the current state of affairs.

Speaking on my own behalf, I would like to say only the following: the incredible activity of the West in all that is happening has nothing to do with the desire to protect human rights in Ukraine, or to help the «poor Ukrainians», or to preserve the country’s integrity. It is all about geopolitical strategic interests. And Russia’ actions — in my opinion — are by no means dictated by a desire to «protect the Russians, the Ukrainians and the Crimean Tatars», but by exactly the same – geopolitical and national interests.

As for my personal feelings, I would say this: I don’t like both parties. How did Mercutio say? «A plague on both your homes»!