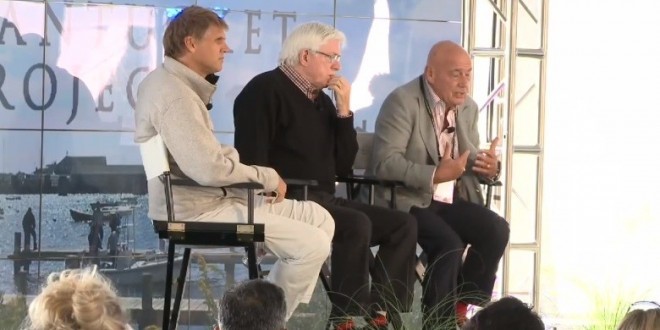 In 1985, during the Cold War, Phil Donahue and Vladimir Pozner hosted televised discussions between audiences in the Soviet Union and the US, via satellite. The pair became friends and remain so today.

During TNP 2013, Donahue and Pozner reunite on stage with TNP co-founder Tom Scott where the duo have an emotional recounting of Pozner’s up-bringing and his first time out of the Soviet Union in in 38 years — where his first stop was the The Phil Donahue Show.