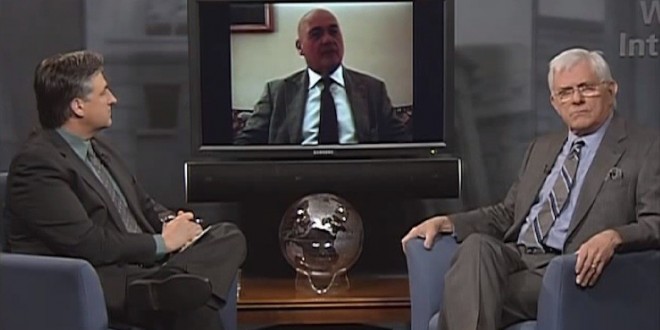 Geneva, Switzerland, 1985: U.S. President Reagan and Soviet General Secretary Gorbachev meet during a tense period of the Cold War. It’s their first summit, and the first between any American and Soviet leaders in six years.

While this renewed engagement at the highest levels was critical to the beginning of the end of the Cold War, another groundbreaking summit would occur just a month later. Led by two famous broadcast journalists, American and Soviet citizens would take part in people-to-people diplomacy via television.

Twenty-five years later, we take a look back. This week on dialogue host John Milewski is joined by legendary broadcasters Phil Donahue and Vladimir Pozner for «A Citizens’ Summit Revisited.»