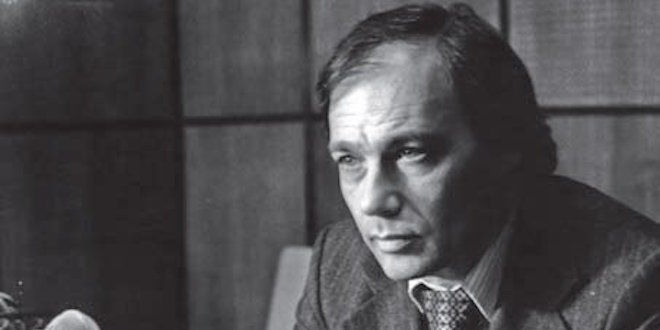 A Soviet talk-show host who grew up in America says his dual identity cost himcredibility in both countries.

Out on Boylston Street, in front of a snow-covered Boston Common, a film student from Emerson College eagerly approached a familiar-looking figure.

«Excuse me,» Lauren Renihan, 21, said to the silver-haired man in the trench coat. «Aren’t you Mr. Vladimir?»

That is how identifiable Vladimir Pozner has become to American followers of events in the Soviet Union. A frequent guest on shows like «Nightline» and «Donahue,» the 56-year-old Soviet journalist is said to be known to more Americans than any Russian other than Soviet leader Mikhail Gorbachev or his wife, Raisa.

But unlike the Gorbachevs, Pozner speaks such perfectly unaccented American English that he might have been raised in Sacramento, or maybe St. Paul.

It turns out that this host of Soviet television’s two most widely viewed talk shows actually grew up in New York.

Living in Manhattan from age 6 to 15, «I never thought of myself as Russian,» said Pozner, munching on Famous Amos cookies and sipping cranberry juice in the warmth of his hotel room. «I didn’t even speak Russian.»

In those years before McCarthyism took hold, Pozner was the kind of normal, one might say All-American, kid who delivered newspapers, sparred in street fights and idolized Joe DiMaggio.

«The kids in school called me Vlady,» Pozner remembered. It was a peculiarly American diminutive that never would have existed in Russia, the land of his father, where Pozner and his parents settled when young Vladimir was 19.

The family had left the United States when Vladimir was 15 and his father had lost a high-paying job in the film industry. Their first stop was Germany, a country Pozner abhorred. Finally, Pozner, his parents and younger brother Paul established residence in his father’s home country.

«I didn’t return to Russia. I went,» said Pozner, who was born in his mother’s homeland, France. «I had a strong dual identity. For a great many years, the Soviets would not really accept me as a legitimate Soviet. And I thought, ‘Who am I?’ »

Eventually, Pozner said, «I decided it didn’t matter. I know that I am the product of several different cultures and countries, and I relish that.»

Just as it has helped vault him to the status of perestroika superstar, Pozner’s dual identity has both earned and cost him credibility on both sides of what was known before glasnost as the Iron Curtain. Critics in America and the Soviet Union alike have said he must be a KGB plant; how else could he be so incisive—and often so provocative—about these two radically different societies?

In the Soviet Union, he said, «there is still some suspicion that I am too Western.» Much the same doubts apparently exist in the United States, where a Harvard University professor whom Pozner debated insisted that Pozner have a Soviet flag in front of him so the audience would know which one was the Russian.

Along with his sharp opinions about both countries, Pozner’s divided childhood is a major theme of his new book, «Parting With Illusions» (Atlantic Monthly Press, $19.95).

Though the book addresses the values, ethics and highly divergent national philosophies of both countries, it was in conjunction with that singularly capitalistic form of ritual torture—the book tour—that Pozner and his wife, Katherin, were in Boston recently.

Pozner said he has been amazed by what has taken place in his country since he began writing his book. In his wildest imagination, he said, he could not have constructed a Soviet Union where hundreds of thousands of people would march through the streets of Moscow to demand change; where the country’s leader would be discussing the possibility of multiparty elections; where a phrase like capitalistic socialism might entrench itself in the national vocabulary.

«I thought these changes might happen,» Pozner said, spreading his arms in an expressive gesture. «But not in my lifetime.»

So much has happened in the Soviet Union, and in such a short time, that «nobody would have believed it,» he said. «Nobody.»

As Pozner points out, «I am not the first one» to declare that the Cold War is over. Even Dan Quayle, the fervently anti-Communist vice president of the United States, was caught recently saying the Russians might not be so bad after all, Pozner observed.

The changes in U.S.-Soviet relations and the tumultuous events in the Eastern Bloc have come so rapidly, Pozner said, that many people on both sides of the globe have been left with their stereotypes showing.

If, in America, it is no longer fashionable to think of Russians as an entire nation of bad guys, Soviets are now reevaluating the old view of people in the United States as mindless and materialistic pawns of capitalism.

«Some of us are going to die with these stereotypes,» Pozner said. On the other hand, many people are finding it «a tremendous relief» to let go of these unsavory images.

«At least the initial reaction is that if we can get together, then everything will be hunky-dory,» Pozner said.