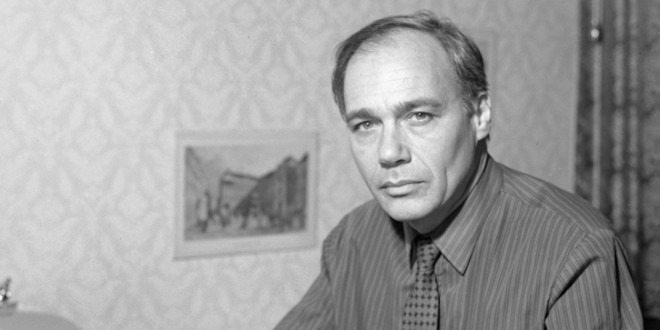 Like any good PR man, Vladimir Pozner is a master of the firm handshake, the friendly smile and the practiced patter. To be sure, he needs these attributes more than most promoters, since his product is a tough sell—the Soviet Union.

As deputy editor in chief of Radio Moscow’s English-language World Service, whose broadcasts blanket the globe, Pozner’s job is, in his words, «to present the Soviet view in terms that are understandable to a broad American and Western audience.» And no one is better qualified for this position, since he spent most of his boyhood in Manhattan.

Speaking in accent-free American English, Pozner, 47, has blossomed into an ambassador of the airwaves. Since June 1980 he has appeared five times on ABC’s late-night news roundup, Nightline. «Quite to my surprise,» Pozner says, «I’ve become a celebrity.» One of his appearances was on an Emmy-winning program during the 1980 presidential election. «I got a letter from Roone Arledge,» he reports, «but no statuette.»

The road from American high school student to Soviet propagandist was predictably complex. Pozner was born in Paris in 1934 to a Russian father and a French mother. His parents worked in the Resistance until 1940, when they fled the Nazis to the U.S. Vladimir’s father, who had been an employee of the French subsidiary of MGM, took a job in the film company’s New York distribution office. At age 13, Vladimir was enrolled in rigorous Stuyvesant High School, and soon his espousal of Marxism, the political philosophy of his father, made the young student an object of derision. «I was called ‘Red’ and ‘Commie,’ » he remembers. «I got a political education.»

At the height of the McCarthy era, Pozner claims, MGM told his father to become a U.S. citizen or he would be fired. Instead, the family moved to Moscow in 1953. For the 19-year-old Vladimir, the transition was surprisingly smooth. «Almost anyone emigrating to a new country remains a foreigner until he dies,» he says. «I was lucky. I adapted to a different culture perfectly well. In short order, Vladimir became a Soviet citizen, got a degree in biology and took a job translating English poetry into Russian. He started work with the Novosti press agency in 1961 and joined Radio Moscow in 1970.

Part of Pozner’s attraction to Western audiences is his willingness to criticize the Soviet system—mildly. «On most issues,» he says, «I share the view of the Soviet government. But I’ve also made it clear that certain things I do not share.» For example, he is opposed to capital punishment. Death sentences are common in the U.S.S.R. for murder, rape and embezzlement of public property. Pozner even concedes that the Soviet Union has suffered politically because of the invasion of Afghanistan.

Pozner’s devotion to Soviet orthodoxy makes him a provocative commodity on American television. «I enjoy matching wits with him,» says Nightline host Ted Koppel. Meanwhile, the government of the U.S.S.R. seems to relish having a popular presence on U.S. TV. Being a celebrity, Pozner says, «seems to suit my people, and it seems to suit your people.»

His private life is quite comfortable by Soviet standards. He and wife Catherine, a magazine art director, live in a five-room Moscow duplex with their two children, aged 19 and 21. The government-subsidized rent is only $21 a month. But in the comfort of his book-lined apartment, Pozner still manages to sound a bit capitalistic. When he talks about his ABC appearances, he jokes that after the network pays the Soviet government, his cut is only $140 per show. «If you ask me,» he says, «that is not enough. But I guess everybody feels that way.» Even in Socialist Paradise.